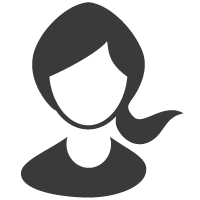 Welcome to my blog. I'm Carrie and I would like to share some of the top tips I have learnt about construction and repair work in the home. My passion is for buying old property and carrying out work on them to bring them into the 21st century. I started out doing this a couple of years ago. I used some money I had inherited to buy a wreck of a place and if I am honest, I didn't have a clue what I was doing. I was really lucky to find some great contractors who helped me out a lot and taught me lots of very cool things.

Home window film and tinting is a good choice for any room of your home, especially for those spaces with very large windows that get lots of hot, direct sunlight and for areas that have bitterly cold winters. You have many choices for the various types of window film and tinting, so note a few questions you might have about this process, and this can help you decide if this is the right choice for a room of your home.

Does it make the home cold in wintertime?

Some window tinting is specifically meant to block heat from sunlight, and this type of film might make the home cooler in wintertime. However, not all film is designed this way; some film will be especially thick, so as to block cold wind from outside and to help keep your home's heating inside. This can actually make the home more comfortable in wintertime. If you're concerned about a cold and draughty home in winter, ask about insulating film, and ensure you don't choose heat-blocking film for your home's windows.

Does window film stop the windows from breaking?

Window film isn't thick enough or dense enough to stop an object from shattering glass, and most residential window film is placed on the inside of the glass to protect the film from the elements. Safety film, however, will often stop a broken window from shattering; the film's adhesion will hold the broken pieces of the window in place so that there is less risk of someone being injured by flying shards of glass. This can also make it easier and safer for someone to remove the glass in order to replace it after it's been broken.

Will plants get enough light if window film is applied?

Window tinting can actually protect plants from getting too much light and heat, both of which can cause them to wilt and wither. Many films also allow in sunlight, but will block harmful UV rays; your plants will get healthy light, while your furniture, timber floors and even your own skin will be protected from the type of light that causes damage. If you're concerned about the amount of sunlight your plants will get, ask about the light transmittance factor of the film; this refers to how much light is allowed to pass through the film itself. The higher the number, the more sunlight your home's interior will receive, so choose film with a very high rating for windows where you keep your houseplants.